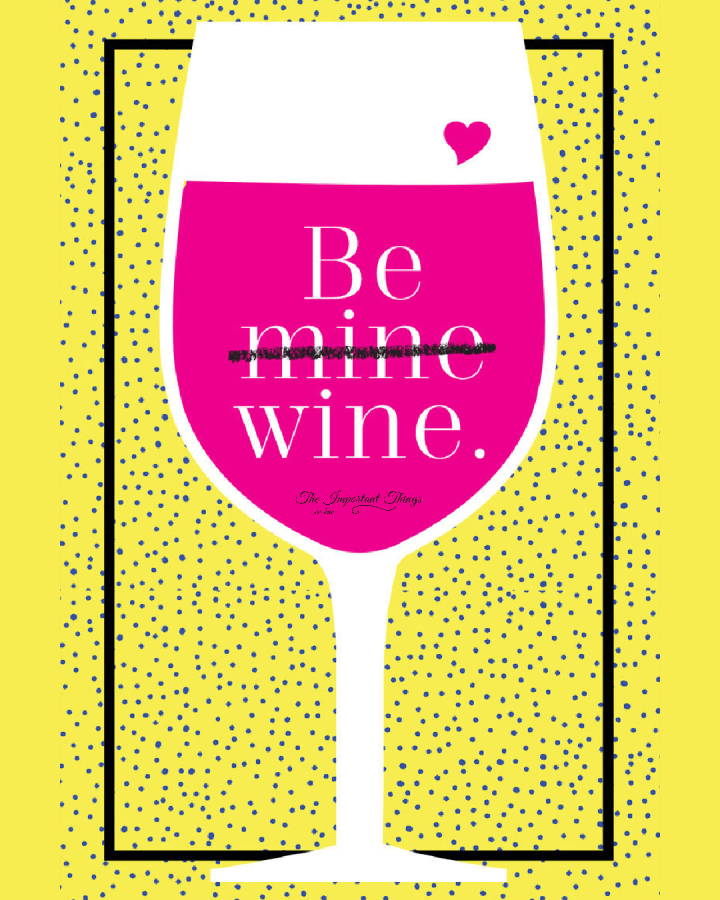 When it comes to dating, I’ve always been a very open-minded person. I don’t really have a specific type; for me, it’s more about the person and the connection. I like to give people the benefit of the doubt on the first date (it’s always a little nerve-wracking) and try to get to know them the best that I can before making a “decision” about them. Also, I’m single AF, so who am I to be picky, right?

So 3 years ago, I met a guy…let’s call him Sam. For our first date, he asked me out to dinner at a popular, relatively romantic Italian restaurant on the Lower East Side. The atmosphere seemed a little intense for a first date to me, but I went for it (per usual…when am I going to learn to trust my gut instinct??). It was pretty intimidating being in such a romantic atmosphere with a total stranger, so it’s safe to say I was looking forward to having a drink to settle the nerves.

When the menus arrived, I told Sam that I was interested in ordering a glass of wine (because what is authentic Italian pasta without a glass of wine to pair it with?) and asked what he was going to order. He awkwardly told me he was ordering soda water.

After the waitress took our drink orders, I decided to bite the bullet and ask him if he drinks alcohol…like, ever. He said no. A massive amount of alarm bells starting going off in my head, and without thinking, I asked why. I now realize that this was a pretty pushy, personal question to ask, but I was genuinely curious. I didn’t want to be disrespectful and have a drink in front of him if that made him uncomfortable, so I figured I would find out what the deal was.

Basically his answer was, “I just don’t like it.”

Okay…..that’s fine. I told him that if it was weird that I had ordered wine, I was happy to ask the waitress to bring me something else. He basically said it was fine, and that if I wanted wine, I should have wine. Needless to say, when my ginormous wine glass came, I felt pretty uncomfortable drinking it while he sipped on his soda water.

I enjoyed my delicious glass of wine and my pasta, and the conversation wasn’t bad for the rest of the date. When it came time to pay the check, I offered to pay for half of it, like I always do on a first date. This is when things got weird…

I told him it was fine and that I would just pay my half of the bill. He continued to insist that he would pay for my meal. I fought back one more time because in my mind, it was so weird to ask the waitress to split one glass of wine off to a separate bill and then make her run 2 credit cards. I don’t know if I actually cared about inconveniencing the waitress, or I just didn’t want to let this guy get away with this weird behavior. Either way, I just felt that there was something more to the not-drinking thing that he wasn’t telling me. When the waitress came to the table, I gave her my credit card and told her to put my dinner and wine on my card.

All-around, the date went pretty well, other than this awkward ending. I tried to ignore the fact that this weird thing had happened, and eventually ended up going out with him again. (This time, we saw a movie, so there was no chance of the awkward drink thing happening again.) I liked him enough to give it another shot, and I kept telling myself not to be superficial and judge him for being “sober.” I totally respect people that don’t drink, but it’s helpful to understand the reason, that way you can avoid making the person feel uncomfortable.

On the second date, he eventually told me that he stopped drinking after college because he didn’t like what alcohol “did to him.” Totally understandable. I understand him holding back more of an explanation on the first date, but this ended up being the deciding factor for me. I struggled with this because I kept telling myself that it’s not a big deal, you’re being superficial.

I’m young, and I enjoy a nice weekend beverage (or three) to unwind after a week of work. My friends are the same way, and we often go out on the weekends to try new places and new drinks. I realized that at this point, I wasn’t being superficial, we probably just had different lifestyles.

He didn’t drink, and that’s okay. But it should also be okay that I do.

I didn’t see myself being in a relationship with someone that would be okay with me having a drink (allegedly) but then make me feel like he was condemning me for having one. Also…he was kind of boring.

After a disgustingly hot walk in the park (hated this…actual torture in heels) I explained to him that I thought we were just in different places at probably shouldn’t move forward with a romantic relationship.

I’d love some feedback on this one, if you have any. It still irks me a little bit…I’m not even sure why.

Anyway, thanks for reading, ya’ll. And as always, I’m here to tell you that if you want a glass of wine tonight to unwind from work… you’re not alone. If you’re looking for an effective drinking game, re-read this post and take a sip every time I say that word “weird.” You’re welcome.

The Ultimate Guide to the Best Essential Oils for Glowing Skin