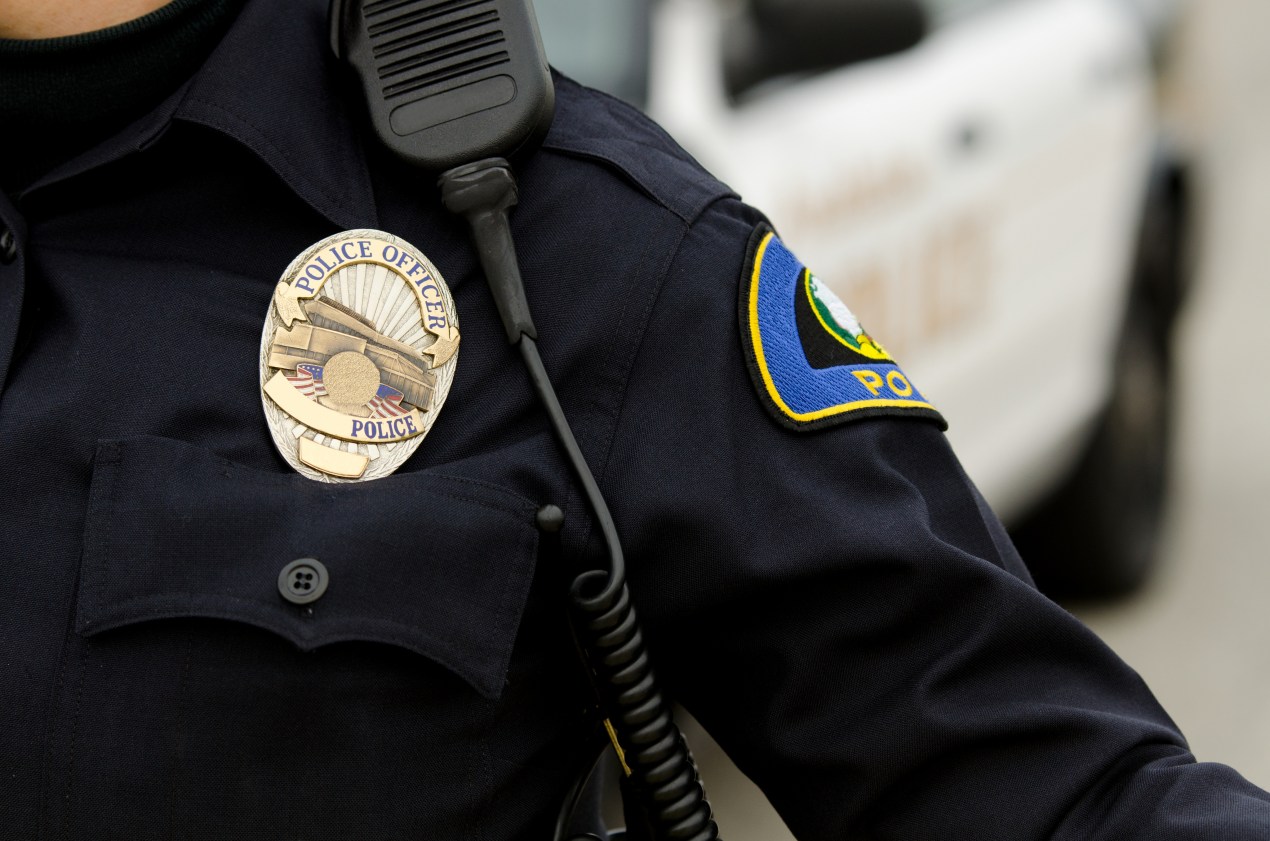 It’s happening, people! The long-awaited Dating Series Part 4. Mostly kidding, but my horrifying dating stories seem to entertain a lot of you, so here goes.

It was Halloween, 2018, and I was dressed up as Louise from Bob’s Burgers, standing in a crowded bar on the Upper East Side. I went out that night assuming that there was no way any guys would want to talk to some freak dressed as a middle schooler wearing pink bunny ears, but I was proven wrong. (Take a look at that pretty awesome costume here, by the way.)

I saw these two guys standing alone, away from the crowd, so naturally, I went up to talk to them. I ended up hitting it off with one of them, we will call him Owen, who happened to be a police officer. If you know me, you know that I love a uniform, so I was VERY interested (I know, I’m embarrassing).

He was a little bit older, but what else is new? We dated for a couple of months, so when my friends from out of town wanted to visit and go out, I figured I’d bring him along to introduce him. What could go wrong?

So we go to 310 Bowery (an overrated, fratty bar downtown–I have another dating horror story that took place here, but will save it for Part 5), check our coats, and sit down for a few drinks. I guess I was nervous to introduce him to my friends, because I was slurping down tequila sodas like nobody’s business.

At some point during the night, I recognized someone in the corner of the bar. It was my high school ex-boyfriend’s best friend. I hadn’t seen him in years, so I wanted to walk over to say hi. I brought Owen with me to introduce him because I felt it would be rude to leave him behind while I go talk to another guy with no explanation. We said our quick hello’s, the boys politely shook hands, and we went back to our table.

Fast forward about an hour (and 50 drinks) later, and I got a text message. It was from a guy that I had gone on a few dates with years before (PART 6?!), saying “Are you at 310?” This was definitely sketchy and weird, but whatever.

I looked around and saw the guy a few tables over from us. We made eye contact, and he started to walk over towards me. YIKES. I introduced Owen as my boyfriend and made some other small talk. Another short, innocent conversation (or so I thought).

After this guy walked away, I look at Owen, and it looks like his giant head is about to explode. I asked him what was wrong, and here is where the story gets good.

He responded, “Not too great, seeing as you’ve fu**ed every single guy in this bar.”

Not only was this statement the opposite of the truth, but it was so aggressively, insultingly out of nowhere, I was at a loss for words. I told him that he was wrong and that he was overreacting, which CLEARLY wasn’t a smart decision, because he stormed away from me and towards the door. I followed him, asking where the hell he was going, and why he was so angry with me. Yes, it was an unfortunate coincidence that I ran into multiple guys I had either dated briefly or dated their friend, but the conversations were so brief and in no way notable, I honestly didn’t understand why he was so pissed. I apologized and asked him not to leave the bar (even though I was low-key pretty pissed that he was aggressively slut-shaming me for no reason).

He then began screaming at the coat check girl. SCREAMING. This girl was probably 20 years old, and was visibly terrified and uncomfortable. He repeatedly pointed at his jacket and demanded that she give it to him without exchanging his coat check ticket (which was in my purse, back at our table with my friends, who were likely watching this from afar in terror). She nervously but calmly explained that she really can’t give him a jacket without getting the ticket back first because that was the protocol. (I’ve worked as a coat-check girl at a lounge before, and the staff is, indeed, told to be very strict about this to avoid potentially giving drunk patrons the wrong jacket.) I told him to stop screaming at the poor girl and walked (ran) back to the table to get his ticket before he started whipping out some of his Jujitsu moves on the entire bar.

Once I handed over the ticket and he snatched his jacket out of the girl’s hands, he screamed “NYPD, that’s the fu**ing ticket number!” and left.

I literally never heard one word from this guy ever again after this. (I also left my favorite socks at his apartment and never saw those again…fml.)

I gave the coat check girl a hug and apologized profusely for the psychotic person that was my boyfriend. I had noticed before that he seemed like he had a short fuse, which made me a little nervous, so all-in-all, I’m glad it wasn’t worse. I had never seen him lose his shit like this before, and I’m honestly glad that it happened sooner rather than later.

Morals of the story:

3) The second you get a whiff of an anger problem…..proceed with caution.