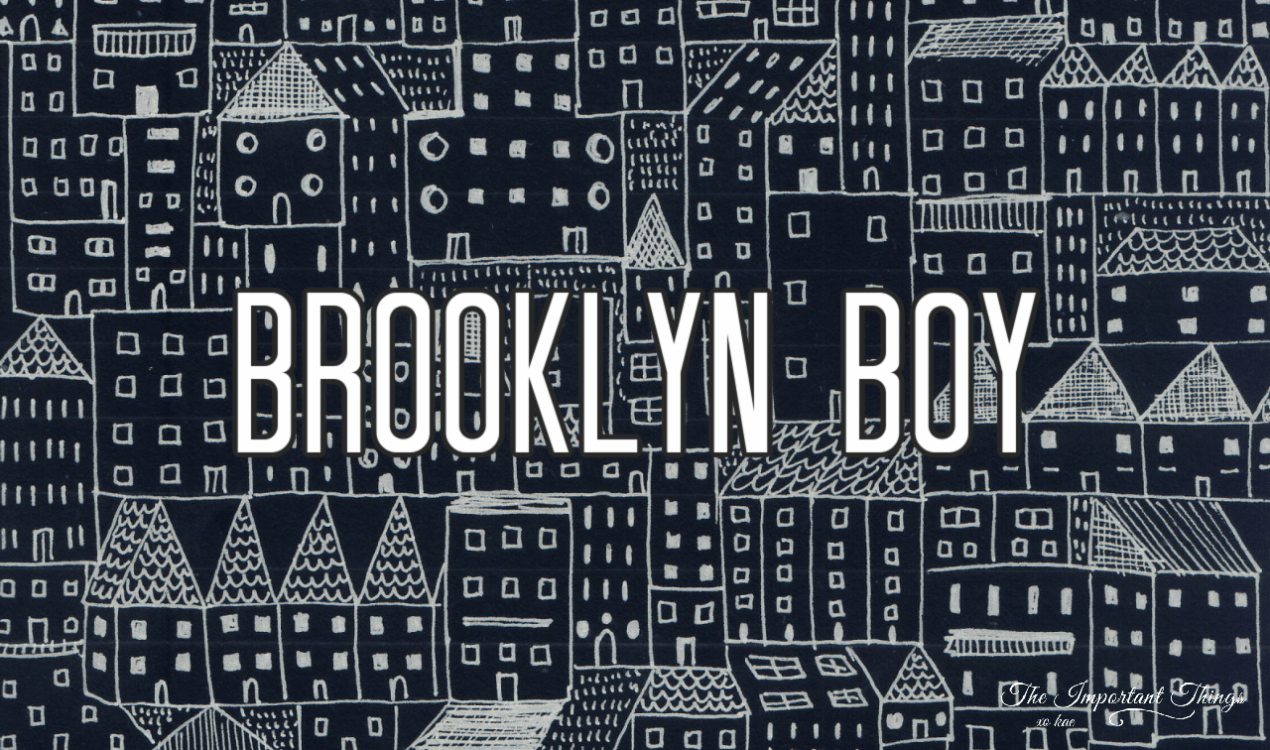 Nope, this guy wasn’t from Brooklyn. And no, he was nothing like Dan Humphrey. We met on Instagram (which made me uncomfortable from the get-go… I’ve never met anyone like that and it seemed a little sketchy) and realized we had a few friends in common. This is always comforting when dating in NYC because you figure they probably can’t be a serial killer if you have mutual friends… right? He had his own company and seemed very sweet and successful.

I suggested meeting at a cute coffee place near my apartment. They also serve alcohol, so I figured we would have options if the date was awkward and called for some Fireball shots (don’t they all?). He then proceeded to tell me that he had an entire day planned for our first date… in Brooklyn. I’d only been to Brooklyn one time before, and it definitely freaked me out a little bit that we were going so far away for our first date. But, I figured I was in no position to be picky, so I went along with it. On the bright side, he put some thought into it and cared enough to plan something, which is saying something for guys my age.

We started at a rooftop bar for drinks (very Hamptons-ey, but great drinks and great views), then went to a burger place for a late lunch. At this point, I figured the date was at least close to being over. NOPE. He said he had reservations at an oyster bar- we still had to wait, so we went to a bar across the street for drinks in the meantime (yet another location). This was annoying, but if you know me, you know I’ll never turn down a couple (dozen) oysters. The oyster bar was really nice and very romantic, but at this point, I wasn’t vibing with him and found it very strange that this date was lasting all day long.

By the time we finished up at the oyster bar, it was probably 9pm. Keep in mind, we met at the coffee place around 1pm. I was practically falling asleep at the table. He told me he had YET ANOTHER PLACE HE WANTED TO TAKE ME TO. I flat out said no. I told him I was exhausted and just wanted to go home and go to sleep. He was very disappointed, and I genuinely, supremely did. not. care.

If you thought that we’d gotten to the worst part, we haven’t. On the date, he told me about his “dating strategy.” Why? Who the fuck knows. (You can tell that I’m scarred by this experience because I’m getting angry as I write and I’m starting to curse. Apologies.) Anyway, he told me that HE was caught off guard by my initial coffee shop suggestion. He told me that for a first date, he usually likes to choose a spot very far from the girl’s apartment in order to take her out of her comfort zone. He deliberately did this so that they felt like they had to rely on him because they were in unfamiliar territory. (He probably would have made a great serial killer, now that I think about it… less like Dan Humphrey, more like Joe Goldberg.) He also said that the further away from the girl’s apartment they went, the less likely she was to turn down his invitation to go home with him at the end of the night. I know- BARF BARF BARF. So it was pretty amusing, to say the least, when I told him I was taking a cab back to the Upper East Side alone. Byeeeeeeee.

He told me a bit more of his horrific “dating strategy,” but I must have blocked the rest of it out because I just can’t remember (or maybe it was because I was desperately guzzling drinks all day to escape the madness, who knows).

So, here’s the cherry on top of this date from hell. Turns out he co-owns his business with his Dad. He said that his Dad is very old and unable to handle a lot of the workload that he used to- super sad. Anyway, he gets a call from his dad as we are walking (sprinting) to look for a cab, and I tell him that he can, of course, take the call since it was both family and business. He proceeded to yell–and I mean actually yell to the point that people were stopping in the street staring at us–at his Dad for about 15 minutes while I was right next to him. It was absolutely shocking to me the way that he spoke to his Dad. He degraded him, cursed at him, and essentially threatened his position at the company. I honestly would have suspected that it was a fake conversation in some insane attempt to impress me, but I could hear his Dad’s voice on the other side of the phone. I was so shook I think I cried in the cab on the way home (which, if you know me, isn’t as dramatic as it sounds… I cry all the time).

Anyway, I’m sad to disappoint you all and report that I never, ever spoke to this twerp again. I SO regretted going all the way to Brooklyn with him, and will never do this again, unless it’s the third or fourth date…maybe. I genuinely hope that this was a fluke and that there are not a lot of guys out there with this deranged dating “strategy.” And for the love of God, boys, have some respect for your parents.

That’s all, folks. *fills wine glass up to the brim*

P.S. If you’re reading this Brooklyn Boy, no, I will not accept your Instagram follower request from last month. It’s been over a year, but no. Just no.

DIY Home Remedies For Damaged Hair With Ingredients From Your Kitchen

Speed Dating In NYC: What It’s Really Like & What I Learned