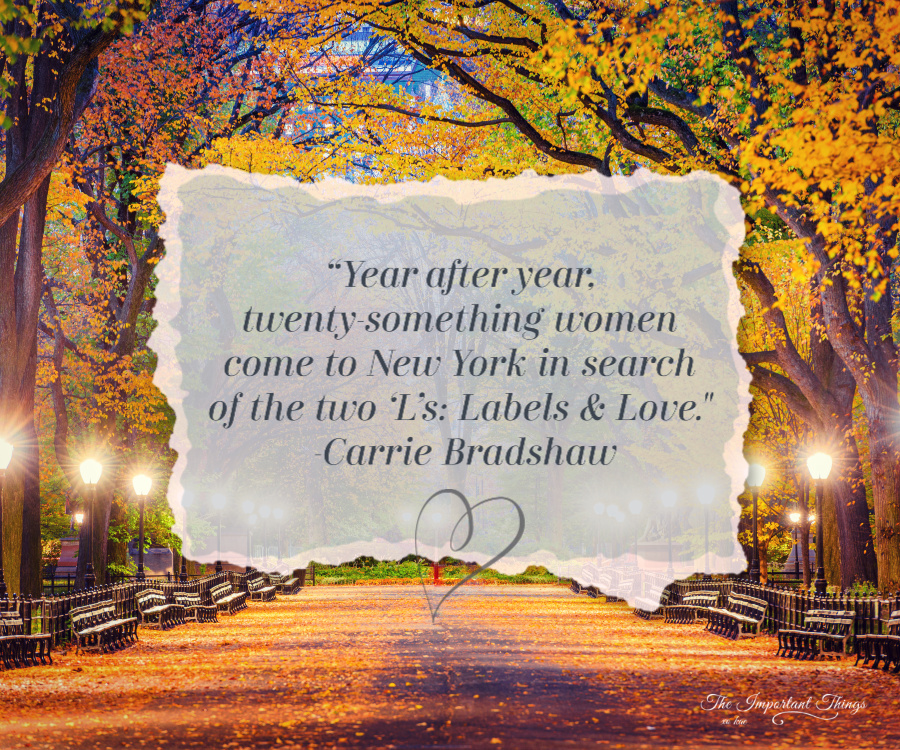 As a life-long hopeless romantic, the idea of moving to New York City was an exciting one for me. I assumed I would meet “the one” on the subway or in line at Starbucks… I blame every cliché movie and TV show I’ve ever seen about NYC. And when I got over that delusion, I figured if it came down to it (which it most likely would), I’d meet him out at a bar.

Strangely enough, I did NOT meet anyone that I was interested in organically within the first couple of months. I soon realized that despite being one of the most populated cities in the world, NYC is not exactly a cesspool of single guys waiting to take me out on a date. I know… shocker. It’s so much harder to meet someone (the right someone) than I could have ever imagined when I was picturing my life in New York. And, even HARDER to meet someone within the strict age limits set by my mother… thanks, Mom. Love you.

Like many others, I eventually resorted to the dating apps (we will cover these in a different post- yuck). I met a couple of guys that way, but nothing lasted. A lot of these “relationships” (if we want to use that word) started out great, and eventually blew up in my face. I’ve encountered an alarming number of crazies that showed their true colors after a few months, and I say that in the nicest way because I am definitely not the archetype of sanity.

I’ll try not to be pessimistic about dating in NYC, and I wish all the ladies out there an experience much better than mine. But, without sounding too much like Sex And The City, I just have to share. I’ve decided to give you some examples of the weirdest, craziest dates I’ve endured since moving to the city so that, hopefully, you don’t have to.

So, buckle up for the Dating Series. I apologize in advance for the horror you may or may not experience.

How To Choose SPF- The Complete Guide By Skin Type